‘Uncle Cormoran, did you bring me a present?’

For the festive season, here are twelve favourite moments in Strike’s patchy history of giving and receiving presents.

As Christmas approaches during the investigation into the disappearance of Doctor Margaret Bamborough, Strike is behind on his Christmas shopping and coming down with a bad flu. His attempts to buy Robin a decent present go very, very wrong. Befuddled with illness and floundering around Liberty he tries to buy her perfume, but every bottle he is offered has some suggestive name which sounds like ‘Shaggable You’. He panics and Robin obviously doesn’t think much of the unwrapped box of salted caramels he eventually hands her out of one of his stuffed shopping bags.

Just before the perfume debacle, Strike does manage to get something for his nephews he knows they’ll like. It’s the must have toy of the year – Nerf Blasters which shoot foam bullets. It’s what he would have wanted at eleven-years old. Strike even buys identical ones for all three boys, so their mother Lucy can’t accuse him of favouritism again.

10.
The Italian Suit (The Cuckoo’s Calling)

Charlotte Campbell, Strike’s beautiful, clever, volatile and damaged ex-fiancée, has her birthday on 21 November, two days before Strike’s. On their last birthdays as a couple Strike buys her an expensive silver bracelet, and two days later Charlotte presents him with an Italian suit and shirt. That evening they set a date for their wedding, and Strike remembers it as their last truly happy day together. Instead of incinerating the suit after their final, terrible break-up, Strike chooses to wear it. The suit is the most expensive he’s ever owned and, even when he’s badly hungover, it makes him look younger and fitter and allows him to blend in with the ultra fashionable crowd who knew Lula Landry.

Robin often shows her investigative and organisational skills when choosing presents for Strike, giving him a basket of Cornish food and drink one year (The Silkworm), a card with a picture of St Mawes on it another. During the investigation into the disappearance of Margot Bamborough, she takes careful note of a chance remark of Strike’s about wanting to see an old Tom Waits concert, No Visitors After Midnight, and makes sure she has the DVDs ready and wrapped for him in plenty of time for Christmas. Watching them at New Year is a bright spot during Strike’s miserable flu ridden festive season.

8.
That Dress (The Cuckoo’s Calling)

Of course, if he’d known that they were going to carry on working together, Strike wouldn’t have bought Robin the gorgeous green Cavalli dress which Robin modelled while gathering information on Lula Landry. The dress makes her look like a serpentine goddess, but Matthew, Robin’s partner, doesn’t like the gift or the man who gave it. Robin gets the chance to wear it while working for Jasper Chiswell (Lethal White) at the Paralympian reception attended by Prince Harry, Strike and Strike’s ex-fiancée Charlotte.

The growing fame and reputation of the agency means they need more staff so Strike and Robin hire Pat Chauncey as office manager. Pat and Strike have a combative relationship from the start. Pat is happy to scold Strike when he is moody, and Strike does not like to be scolded. When he is sick over Christmas though, and facing a lonely and miserable few days in his flat above the office, Pat brings his presents to the door and two tubs of hot chicken soup. Strike realises she must have gone all the way to China Town to get them and is pathetically grateful.

Strike will never know what Charlotte got him for his twenty-seventh birthday. Never allowing anything as mundane as his birthday to interfere with her own whims and moods, she threw his gift-wrapped present out of the third-floor window in front of him.

One of Strike’s better ideas. Robin is nervous about her status in the agency as the investigations into the death of Owen Quine come to a close. Is she Strike’s business partner, or just a secretary? Strike settles the matter by giving her, to Robin’s delight, a surveillance course as a Christmas present. ‘So next time you pull a bag of dog shit out of a bin no one notices you doing it.’

Another time Strike gets his present giving right is when he emerges from Hamleys with a paratrooper doll, complete with gun, for his nephew Jack’s birthday. His sister, Lucy, might not like it, but Jack does. When Lucy comes looking for her son, who should be playing with his friends in the garden, she finds Jack making his paratrooper shoot around the back of the sofa and Strike pretending to have taken a bullet to the stomach.

During the Margot Bamborough investigation, Strike tries to make an effort and buys a huge bunch of lilies for Robin for her birthday, thinking they look impressive, but not too personal and with no romantic associations. He’s not to know they do have associations for Robin as Sarah Shadlock bought an almost identical bouquet for her housewarming party – now they just remind Robin of the unhappy end of her marriage. She leaves them in the office, where, carefully cared for by Pat, they stubbornly refuse to die.

Strike goes to his sister Lucy’s house for his birthday dinner during the investigations into the death of Owen Quine (The Silkworm). He’s not keen on birthday parties, but gets a bottle of his favourite whiskey from Nick and Ilsa and a new watch from his sister. Jack, his nephew, whose interest in all things military was sparked by the paratrooper doll Strike gave him, makes him a card which shows Strike receiving his medal for his military service. Jack quickly becomes Strike’s favourite of Lucy’s three boys.

After the debacle with the salted caramels, Strike has a lot of ground to make up with Robin in the present buying department. Fit and healthy again with the case of Margot Bamborough resolved, he finally triumphs. First he takes Robin to buy perfume at Liberty, making her laugh as he explains why his first attempt to do so went wrong, and then takes her off to the Ritz for champagne. Robin is touched enough after the struggles of the last year to hug him hard. That, Strike feels, is well worth the sixty quid he’s spent and a bit of effort.

‘Strike,’ said Robin, ‘this is … this is thoughtful.’ ‘Yeah, well,’ said her partner, with a shrug. ‘People can change. Or so a psychiatrist in Broadmoor told me.’ 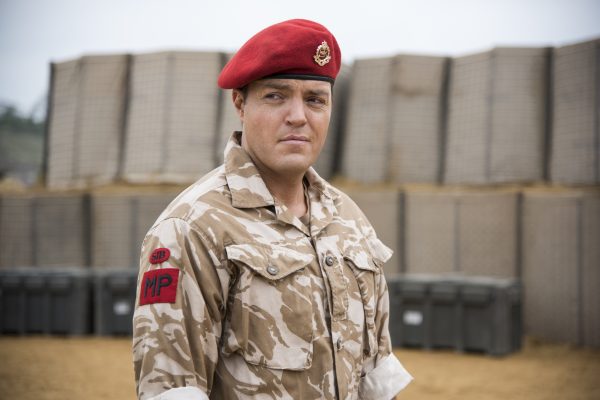 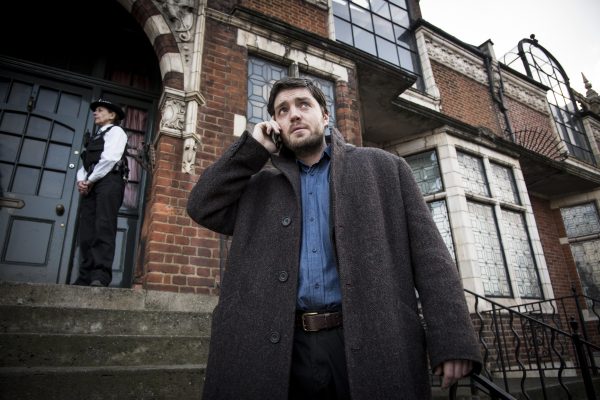 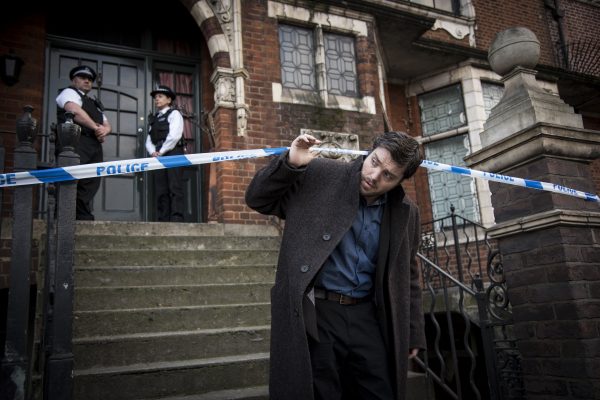