Exhausted as Strike was, it took a while for him to fall asleep, and when he did, Charlotte wove in and out of every dream, gorgeous, vituperative and haunted.

In the month of romance, we are taking a closer look at the only woman to whom Cormoran Strike has ever said ‘I love you’ – his beautiful, damaged ex-fiancée, Charlotte Campbell. Their turbulent on-off relationship ends after sixteen years on the same day Cormoran meets Robin Ellacott but Charlotte continues to haunt Strike –  through newspaper coverage of her, occasional calls and chance meetings. So what do we know about Charlotte and her tortured entanglement with Strike?

We know they come from different worlds. Charlotte is a child of privilege – daughter of academic and broadcaster, Sir Anthony Campbell, and 1960s It Girl Tula Clermont. She attended the best private schools, and has been brought up among the aristocracy and the upper classes where everyone seems to know each other, and the talk is full of horses and childish nicknames. Hers is the sort of blue-blooded family that commissions painters to immortalise its young, (her portrait watches over Strike as he picks up his belongings from her flat), where men still go grouse shooting and women have tiaras in the family vault. This forms a marked contrast with Strike’s chaotic childhood with his super-groupie mother Leda, rough comprehensives, London squats and sudden reversals in fortune, and only occasional temporary stability at the modest, respectable home of his uncle and aunt in St Mawes. Her family think of Strike as an uncategorisable mongrel. His old friend Dave Polworth believes that women like Charlotte (or Milady Beserko, as he calls her) who are nervy and overbred are attracted to Strike because they subconsciously looking for what he calls ‘carthorse blood’.

‘For all their wealth and privilege, Charlotte’s family seem to have done more damage to Charlotte than the chaotic Leda ever did to Strike.’

For all their wealth and privilege, Charlotte’s family seem to have done more damage to Charlotte than the chaotic Leda ever did to Strike. Charlotte’s father was a heavy drinker, and her mother told her she wished she’d had an abortion rather than give birth to her while she was a teenager. Stories which would be shocking and singular in most families – ‘it was a month before Daddy torched Mummy’s portrait in the hall, and the panelling caught fire, and the fire brigade came, and we all had to be evacuated via the upstairs windows’ – are normal for the Campbells, and a lunch with Charlotte’s father at Francos in Jermyn Street reminded Strike that a vein of incontinent spite ran right through every member of Charlotte’s aristocratic family.

‘Charlotte was always jealous of Strike’s commitment to the army and his work, and angry when he couldn’t ‘treat’ her.’

Charlotte has been troubled since her youth, sparking a police hunt when she ran away from her school, Bedales, at fourteen and diagnosed with a variety of mental health disorders. Volatile to the point that one of her stepfathers once tried to have her committed, she seems to have an insatiable need for conflict, lying as naturally as other women breathe and damaged to the core. She told Strike towards the end of their relationship, that at least, while fighting, she knew she was alive. Their relationship – the longest period they managed to stay together was two years – was marked by constant fights. Charlotte was always jealous of Strike’s commitment to the army and his work, and angry when he couldn’t ‘treat’ her. Her dangerous driving caused him physical pain and Strike’s memories of her are peppered with traumatic threats of suicide. Ilsa, one of Strike’s oldest friends, tells Robin stories about Charlotte which sound like the titles of cheap thrillers Night of the Bread Knife, the Incident of the Black Lace Dress and the Blood-Stained Note. Within three weeks of their final break-up (The Cuckoo’s Calling), Charlotte announces her engagement to Jago Ross, her former boyfriend who looks to Strike like a dissolute arctic fox. She appears on the cover of the December issue of Tatler, and when Strike reads the interview with her, which dismisses her relationship with him, and is full of pictures of her striding around the Castle of Croy which her future husband will inherit, along with various titles including the Viscountcy of Croy, Strike knows the whole thing – the marriage, the article, is aimed at him, to hurt him as much as possible and manipulate him into ‘rescuing’ Charlotte from her new relationship. Strike doesn’t and so begins a pattern that continues through the investigations into the death of Owen Quine (The Silkworm) to the disappearance of Margot Bamborough (Troubled Blood). Charlotte always has the power to disturb Strike with a text message, a ‘chance’ meeting and uses that power. In the end Strike becomes convinced she always wanted to break him, and his refusal to continue playing her games seems like an act of self-preservation.

‘In the end Strike becomes convinced she always wanted to break him, and his refusal to continue playing her games seems like an act of self-preservation.’

So what drew them together in the first place? Charlotte and Cormoran met at a student party in Oxford when they were both nineteen – their birthdays are only two days apart, hers is the 21 November and his the 23 of the same month. She was the most beautiful woman he had ever seen, with long black hair, wide hazel-green eyes, and that night he believed he had charmed her away from Jago Ross, by daring to talk to her, then making her laugh. He later learned Charlotte was using him to punish Jago, but he never becomes immune to the exceptional power of her beauty, the sense of wonder it gives him, or pride by association. When his sister Lucy asked him if he put up with her behaviour because of her beauty, Strike willing admitted it helped. But there is more to Charlotte than just her looks – she is funny, perceptive and clever. When Strike was in hospital after losing part of his leg after an IED attack in Afghanistan, Charlotte walked in, without any warning, kissed him and after a two-year break they were back together. It was for Strike, he tells Robin, their Kairos moment, their supreme moment, and it told him that life would continue, would contain glorious moments of beauty and pleasure even after his injury and the loss of his career. Charlotte encouraged him to start the agency, saying she didn’t need a ring when he proposed and persuading him to move in with her to her stylish, expensive maisonette in Holland Park Avenue to save money. Though Strike remembers their fights ruining Christmas at St Mawes, his birthday gift thrown through an open window before he could unwrap it, he also remembers times of total bliss and mutual understanding, words of love and undying devotion. He also knows that dangerous as she is, as self-destructive as she is, she has also loved him as she has never loved anyone else. Did Strike want to save her from herself? Charlotte says long after their final break that he didn’t want to save her, he wanted to solve her, but Strike is still the only place she’s ever felt safe and she insists she will love him on her deathbed.

‘Though Strike remembers their fights ruining Christmas at St Mawes, his birthday gift thrown through an open window before he could unwrap it, he also remembers times of total bliss and mutual understanding, words of love and undying devotion.’

After the investigation into the disappearance of Margot Bambrough, (Troubled Blood), Charlotte texts Strike to congratulate him. He has just saved her life as well as solving the case, but finally, Strike decides it is time to cut off that last remaining channel of communication between them and change his mobile phone number. It remains to be seen if that will be enough to shut her out of his life. 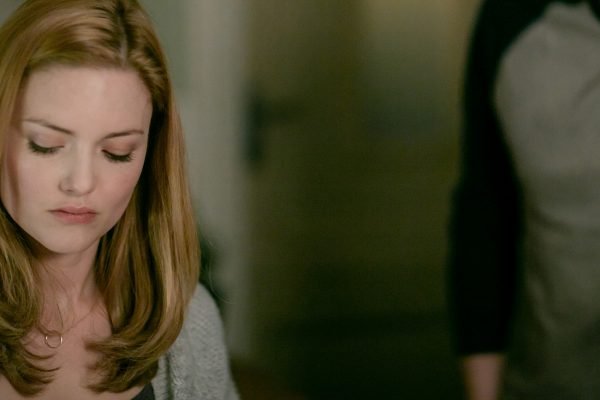 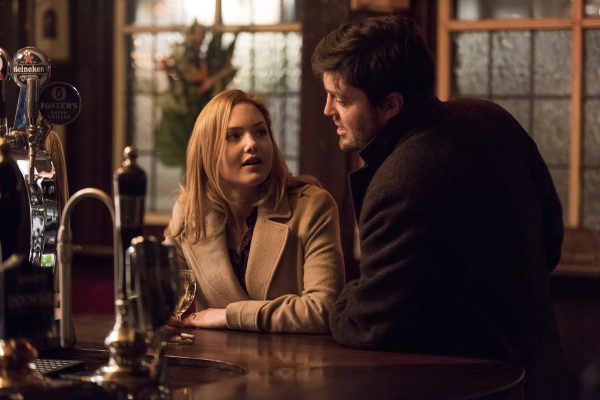