How do you go about choosing a voice actor for an audiobook?

For fiction with a strong protagonist, it’s pretty easy to focus on that character, imagine how they would speak, and then search for an actor who sounds like that. The real skill lies with the actor who has to give a voice not just to that character but to every character in the book. So while Robert Glenister sounds perfect as Strike, he must play Robin too – something that actors don’t usually have to do for stage or screen. I really think that narrating novels for audio is one of the hardest jobs an actor can do, and I’m continually awed by the skill and talent that actors like Robert Glenister bring to this.

While Robert Glenister sounds perfect as Strike, he must play Robin too – something that actors don’t usually have to do for stage or screen.

What about other production choices – whether to include sound effects, music and so on – how do you decide?

My feeling about sound effects is that they are great if they add an element that’s not included in the text, but they can over-egg things if they’re just repeating the author’s words. If an author has crafted a scene and drawn a picture for the listener, and the actor is reading it beautifully, we don’t need to distract from that. I think sound effects can be brilliant in dramas with spare dialogue so, for instance, we can hear that it’s raining without a character having to waste words in saying so, or perhaps for short very atmospheric pieces, such as poetry, but on the whole, most full-length unabridged audiobooks have everything they need in the words and the actor’s skill in conveying them.

What is the production process? Has it been different during lockdown?

There are 4 key people involved: actor, producer, editor and proof listener, but before anyone can start, we have to wait until the book is ready to go to print as the recorded text must be the same as the printed text.

An actor will read and prepare the script, usually marking it up with notes on voices, pace, continuity etc, and they must read the whole book so they can decide what kind of voice each character has.

The producer will sit outside the sound-proofed room where the actor records – usually separated by a glass window so they can see each other – and give direction, such as slowing things down or increasing pace if a scene demands it, or ask for an incorrect line to be repeated. The producer will make notes for the editor on their copy of the script so the editor knows if something should be cut.

The editor will cut out all the incorrect takes, plus tighten gaps or add small pauses for pace, to produce one perfect narrative – we hope!

If the editor has missed anything, the proof listener will pick it up. They listen to the full recording in real time against the script, as a final check for mistakes.

During lockdown, studios had to close in the same way offices did, but like so many of us, actors and producers adapted to working remotely.  Actors set up home studios using a good quality microphone, a laptop and a duvet (yes, a duvet!) as soundproofing, and producers set up Zoom links so they could direct in real time. This sounds relatively easy but I can’t praise our studios highly enough for getting everyone set up, sometimes at very short notice, and bringing every recording in on schedule.

During lockdown, studios had to close in the same way offices did, but like so many of us, actors and producers adapted to working remotely.

How long has it usually taken to record one of the Strike novels?

Very approximately twice as long as the final run time. At nearly 32 hours, Troubled Blood takes a little less than a full 35-hour working week to listen to (definitely value for money!) and it took Robert just under 10 days to record it. Then it had to be edited and proof listened, so it’s a long process.

How much direction do you give when it comes to Robert Glenister’s reading?

Robert’s a dream narrator, but one thing we had to do was to make sure he could refer to previous recordings so characters were consistent. The beauty of recording a series is that familiar characters recur, but that does mean they must have the same voice the actor gave to them at the start of the series.

Do you get lost in the story while recording or is there too much focus on the technical side for that?

Both! I like to listen without a script so I can hear what the end result will be, while the producer is using the script to make sure everything is read correctly. Sometimes we can be in the middle of a really engrossing scene, but the producer will have to ask for a retake as there was a noise or something was mispronounced. It always amazes me how a great actor like Robert can be stopped in the middle of a dramatic scene, come back to the real world when the producer asks for a retake, then drop straight back into the scene with just the same passion and conviction.

How has Troubled Blood as a book compared with recording the others?

Now the book is published, I’m not giving anything away to say there are some illustrations in the text, and we had to produce a special PDF for listeners so they could have those. Also there’s a part of the book that works brilliantly when you can see the page but it’s a little tricky if you’re listening – so we added a line in the audiobook that isn’t in the book to make things clear. Can anyone spot it?

What are your hopes for the characters, going forward?

That’s tricky! Of course I want Strike and Robin to finally get together, but of course I don’t want that ever to happen as it will mean the tension and ‘will they, won’t they’ will be over. To be honest I think whichever direction Robert Galbraith takes them in, I hope it allows them both to be happy, in whatever way that might be. 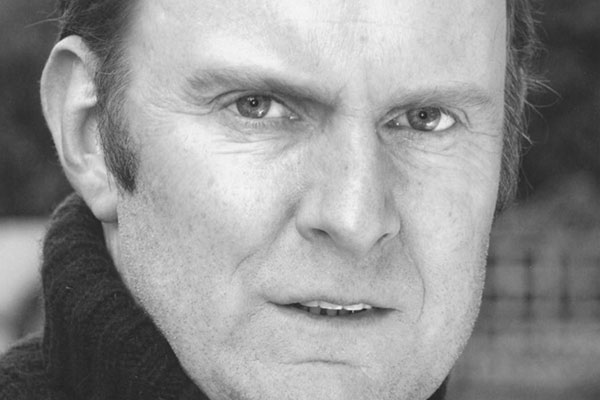