Strike and Robin first meet on a day that is significant for  them both, but for reasons that couldn’t be further apart.

Strike has broken up with his ex-fiancée Charlotte, and this time it feels final. Meanwhile, Robin wakes up an engaged woman, the morning after Matthew’s romantic proposal. She’s more preoccupied with buying bridal magazines than the start of her new job.

Robin realised, for the first time, what kind of business she had been sent to assist. Nobody at the agency had said. The name on the paper beside the outside buzzer was engraved on the glass panel: C. B. Strike, and, underneath it, the words Private Detective.

The job is just a stop-gap. Robin’s a temp. And thanks to a mix-up, Strike doesn’t expect Robin to be there at all. Neither of them knows the true significance of their meeting:  it’s the start of a working relationship that will change the trajectory of Strike’s business and Robin’s whole life.

There’s the client who calls demanding to speak to Strike in the next ten minutes. The one Strike meets by chance, in a pub. There’s Robin’s seemingly ordinary exchange with the courier who isn’t really a courier… All quick meetings that seem like nothing, but unfold into a perplexing web of concealed truths that Strike and Robin work tirelessly to uncover.

Every end is a new beginning

Throughout the series it’s Robin, the younger partner, who goes through several major life changes. Each of these ties her more closely to her job with Strike.

There’s her first time doing true detective work, her first day as a permanent employee, and her start as his official business partner.

In her personal life she gets engaged, gets married, and eventually, painfully, divorced. Each brings a new start that only confirms the central importance to Robin’s life of that first day when she arrived outside the office on Denmark Street and read the sign on the door… 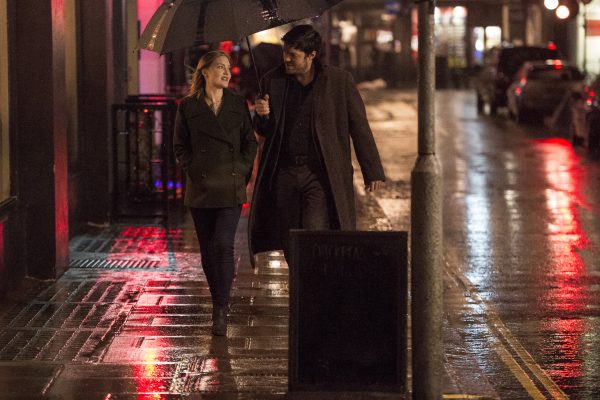