Robin Ellacott might not be as famous as her partner Cormoran Strike, whose parentage, relationships and involvement in high-profile cases often mean he is besieged by the press in their Denmark Street offices, but she is vital to the agency and Strike knows he is lucky to have her, first as a temp and later as a partner in his business. So what are the qualities which make her not just a great investigator, but someone Strike realises, by the time they are investigating the disappearance of Margot Bamborough, (Troubled Blood), is his best friend?

‘So then I had to think really fast.’

Strike is still calling Robin ‘Sandra’ on her first day at the office when he realises he appears to have been sent a temp with more initiative, and better punctuation, than any he has ever met. As well as being intelligent, diligent and tactful, Strike also learns quickly she has an impressive talent for undercover work as she slips into the role of a rich and slightly spoilt fashionista to pry secrets from a worker in an upscale boutique (Cuckoo’s Calling). By the time they are investigating the Shacklewell Ripper (Career of Evil), Strike has a hundred other examples of her initiative, resourcefulness and courage. Robin goes on to play both a Yorkshire Goth and the goddaughter of Sir Jasper Chiswell in the same investigation (Lethal White). She uses simple changes of make-up and wardrobe (and sometimes coloured contact lenses) to shift between roles, but it’s her ability to think on her feet which makes her such a success, such as when she improvises a terrible love life, feigning angry calls in her most Yorkshire accent to an amused Strike.

As Robin leaned in, the girl’s restraint suddenly dissolved in the face of kindness and sugar.

Robin possesses an easy, unforced kindness and a natural generosity of spirit. She easily befriends Owen Quine’s handicapped daughter, Orlando, known as Dodo, bonding over their ‘bird’ names and giving her a hand mirror with a flamingo on it (The Silkworm). Robin also gets Quine’s betrayed lover, Kathryn, to trust her, understanding her pride in being a writer and responding to her with an earnest sympathy which means it only takes three minutes to turn this hostile witness into a friendly one. Her new friends in London quickly see her open-hearted nature too – Ilsa confides in Robin, as well as giving her a place to stay, and even Shanker, Strike’s most disreputable friend, speaks up for her, saying that Robin’s kindness reminds him of Strike’s mother (Career of Evil).

She considers carefully the flowers she should send to Joan’s funeral, and to see the agency represented among the tributes means a lot to Strike. She is carefully considerate of others when Strike often is not, smoothing over his rudeness by remembering her manners with their secretary Pat when they are all exhausted, and avoiding wearing heels that are too high when she is with Matthew. She also knows when to leave Strike alone, when to offer help and robust advice and when not to – her kindness enhanced by perception and tact.

‘Sometimes, acting as though you’re all right, makes you all right. Sometimes you’ve got to slap on a brave face and walk out into the world…’

Robin’s bravery comes in many different forms. Using her wits and remembering her training, she faces killers and survives; her advanced driver training means she can steer herself and Strike through a motorway pile up and when an aggressive dog makes the mistake of biting Strike’s false leg, it’s Robin who picks the terrier up and tells it ‘No biting’ in a way that wins the dogs immediate respect (Career of Evil).

But her courage is not just physical. The attack which ended her university career also left her agoraphobic and confined her for months to her childhood bedroom. When she recovered sufficiently to pick up the threads of her life, her family and her boyfriend were protective, but working with Strike reminds her of her early ambitions to be an investigator. Now she pursues that career in spite of the disapproval and worries of her family and Matthew’s jealous complaints. She conceals for a long time the panic attacks which follow her encounter with the Shacklewell Ripper, but even in the midst of them and the complicated collapse of her marriage, she refuses to allow the worst twenty minutes of her life to derail her vocation. Though her life has been touched by violence and sadism, Robin does not retreat but instead faces it almost daily, investigating and resolving other crimes and traumas.

‘Jesus H. Christ,’ said Strike when they had at last persuaded Crowdy to leave. He slumped down on the sofa; Robin took her computer chair and they looked at each other for a few seconds before starting to laugh.’

Robin has a lively sense of the ridiculous, and a dry sense of humour which helps her and Strike through some dark times. During their first investigation her impersonation of an Australian fake temp makes Strike laugh in surprise and she also gets his sister giggling with descriptions of Matthew’s latest attempts at DIY.

She also has the temperament to find Strike funny – his disgust at the idea of writing a book, or celebrating his birthday, or his claim that a croissant doesn’t count as breakfast as it’s mostly air. His description of his fight with Lucy makes her cry with laughter even while she chides him about being so rude about his least favourite nephews. His honesty often amuses her, even in the midst of traumatic moments. Equally she can tease him about his blunt manners, size or being a soft southerner in a way that few other people would dare, often surprising him into a grin when he’s been bad-tempered.

‘She did not care what she heard; she wanted the truth.’.

Robin’s dedication means long unpredictable hours which she works without complaint, but she is honest enough to admit this commitment damaged her marriage – so in the midst of a messy and cruel divorce she has the strength of character to try and be fair even to Matthew. She is also loyal – defending Strike when Matthew makes snide comments and delaying telling Strike about Matthew’s betrayals. Robin has the generosity of spirit to forgive – recognising Strike’s qualities even when his temper means an uncomfortable dinner or an accidental black eye. Whatever working with Strike throws at her, she continues to approach life with a mix of clear-headedness and warmth which makes her vital to the agency and its success, and their ability to do, even as her mother admits, incredible things. It’s no wonder she occupies a unique place in Strike’s thoughts and affections. When she jokes that she hopes the temp Strike hires to cover her while she is on a training course is rubbish, Strike shows he realises how lucky he was Robin was sent to Denmark Street as a temp. ‘I wouldn’t worry. Lightning doesn’t strike twice.’ 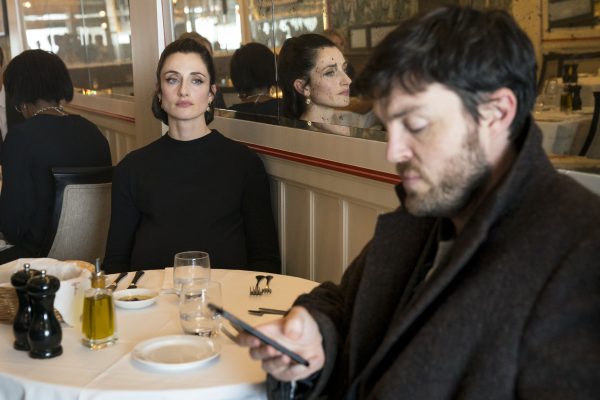 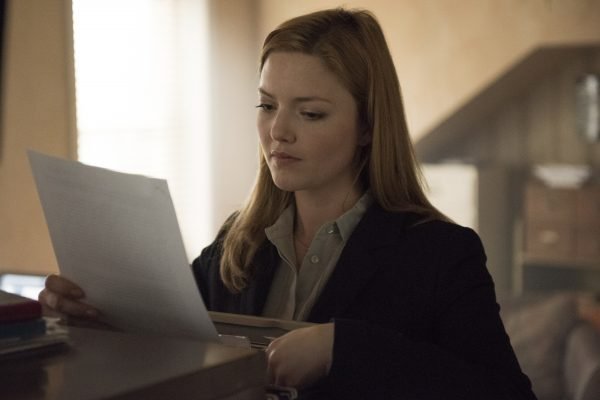